Pissing in Action review was updated on August 25, 2022, by Dark Angel Reviews.

Scenes often involve groups of women and men, sometimes with all of the gang banging one lucky lady who gets soaked in warm piss.

The Pissing and Sex Scenes 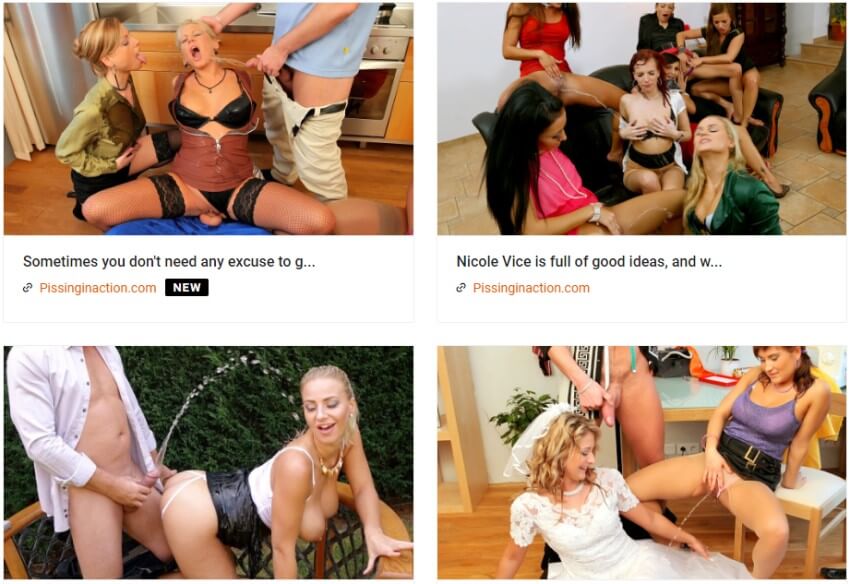 Each scene also comes with a high-resolution (1600×1200) picture set which can be downloaded in.ZIP format. So the quality of content is right up there with the best of sites.

It gets better. When you sign up to Pissing In Action, you have the option of becoming part of one of the wettest networks on the planet.

Here are some of the water sports sites that you will find inside the members area:

So there you have it, a water sports and hardcore sex network that will leave you dripping wet with excitement. it’s not the cheapest network out there, but it definitely stands on its own as far as hard-to-find premium pissing scenes are concerned.

Quality is way up there, as is the quantity of content. Look at these pee drinking girls and decide for yourself if it’s worth it.