In the free tour, you’ll get to see a collection of pictures taken from the members-only area.  I don’t know why sites like these feel the need to photoshop the images because the chicks are already smoking hot.  But from the exaggerated waist and booty sizes, it’s obvious that at least some of the pictures have been tampered with.  That doesn’t make the action any less stimulating though.

The Exclusive Amateurs of Black GFs 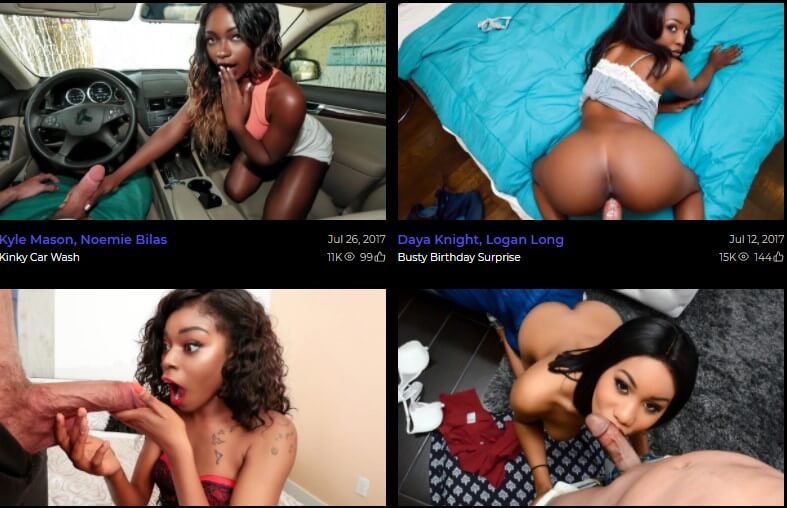 The videos all stream online on average to good-quality playback.  The lighting and clarify of the film depends on the flick in question.  Some look pretty sharp while others and shot in a darker setting or with an unsteady camera.  Unfortunately, you can’t download any of the videos.

When it comes to amateur pictures, you’ll find 106+ photo sets submitted by the girls (or their ex-boyfriends).  The picture resolution is 800×600 which is average with most being reenactments of the video it complements.  Just like the movies, the pictures can only be viewed online.

They’ve included scenes from Round And Brown which happens to be produced by the same company.  But even these bonus scenes can’t be downloaded.

Although I was pleased with the overall content, it seems unfair for them to restrict downloading.  Right now you’re looking at about one new scene added each week – sometimes more, sometimes less.

There are multiple membership plans with each option offering a decent value for your dollar.  Note that the trial membership below renews at a much higher monthly rate:

Black GFs would get a much higher score if the site was more user-friendly.  It’s from the same company behind the Reality Kings network, but for some reason, they chose not to include the network of bonus sites.

If you have a fetish towards young black amateurs, then you still might consider signing up for a month.  Just don’t expect to stick for much longer than that.

Recommended reviews for you