I’ve been meaning to review Big Naturals for quite a while now.  But with so many new “big tits” sites on the horizon, it’s hard to keep up with all of them.  Today’s site is one of the best of its kind.  Even a quick glance at the free tour will show prove this.  Some of these natural boobs are HUGE.  They do appear to be real, but it’s hard to imagine any woman comfortably being able to carry around those melons without doing some kind of long term damage to their backs.

From the Reality Kings network, you can be confident that you’re getting the highest quality smut on the net.  And at nearly 600 exclusive videos dedicated to women with huge juggs, you’ll have plenty of titty action for months to come.

The busty babes on this site look delicious.  They’re beautifully laid on by large image screenshots from the Big Naturals site.  There are black babes, white chicks, and extra-large sluts in various explicit imagery.

Over the years, the quality of video has continually improved.  As such, all the newest releases are available in Full-HD.  The older scenes, although not quite as sharp as the later ones, still offer good-quality playback. 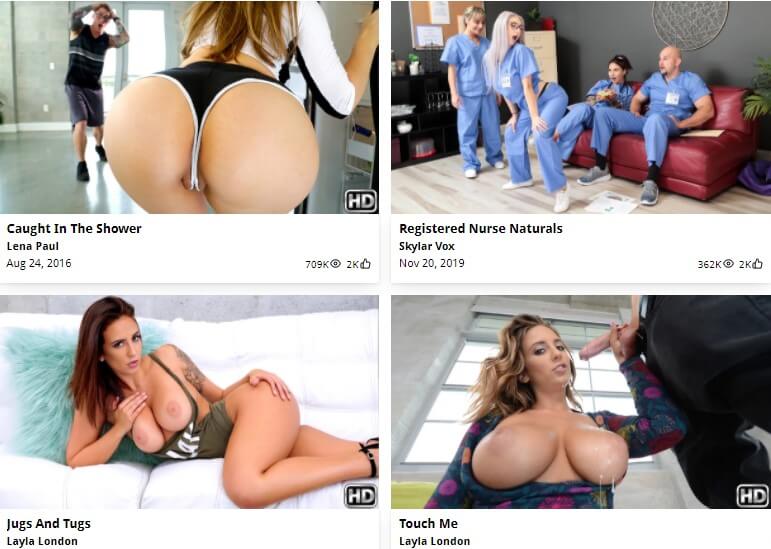 Most scenes feature Bob, the lucky male actor who gets paid to have sex with all the big-breasted ladies.  Since this is a tit-themed site, he often blows his loads on their tits, sometimes their face and tits.  At times the guy is treated with more than one babe, often with two of them taking turns sucking his cock as the other licks his balls.

There wasn’t always this limit in place, but due to the popularity and growth of the network, it’s here to prevent any slow downloads.  Speaking of downloads, you can save the files in clips or full-length files in Windows Media format.  In addition to the 563+ scenes are an equal number of photo galleries with each set containing about 300+ pictures.

It’s hard to imagine a better-priced network.  Listed below are the membership prices.

Big Naturals will excite any guy who gets off to tremendous breasts shown in crystal-clear HD.  With the Reality Kings network, there’s an immense selection of content.  But even on its own, I recommend signing up to Big Natural.  Hot babes, super-good quality, and a great value for your buck make it a top-notch site for the big-titty niche.