My Kinky Diary review was updated on February 25, 2022, by Dark Angel Reviews.

My Kinky Diary follows the kinky lifestyle of Maxime X. If you’ve never seen the kind of explicit content performed by Maxime and her friends, then you’re missing out on one of the net’s most spectacular fetish models.

Originally from Cambodia, this blonde Asian bombshell will show you how simple sucking and fucking can turn into extreme debauchery of bondage, pain, and pleasure.

The free tour site trailer shows some great features of the site’s content. Most scenes involve Maxime with one of her lesbian friends performing some kind of bondage or fetish act.

Maxime’s English is perfect for a second language, and she’s able to both give and receive domination.

Scroll down the free tour, and you’ll see dozens of screenshots taken from inside the exclusive members area. Click on any of these pictures, and you’ll find a more detailed description with more screenshots.

After you sign up and log in, you’ll find yourself inside the Fetish Network members area.  At first, I was caught off guard but I was quickly able to find all the My Kinky Diary content through the site drop-down menu.

My Kinky Diary appears to be 100% exclusive as promised.  There are 171+ scenes devoted exclusively to Maxime and her slaves. Some scenes are only available in multiple clips, but most come in full-length download options as well. 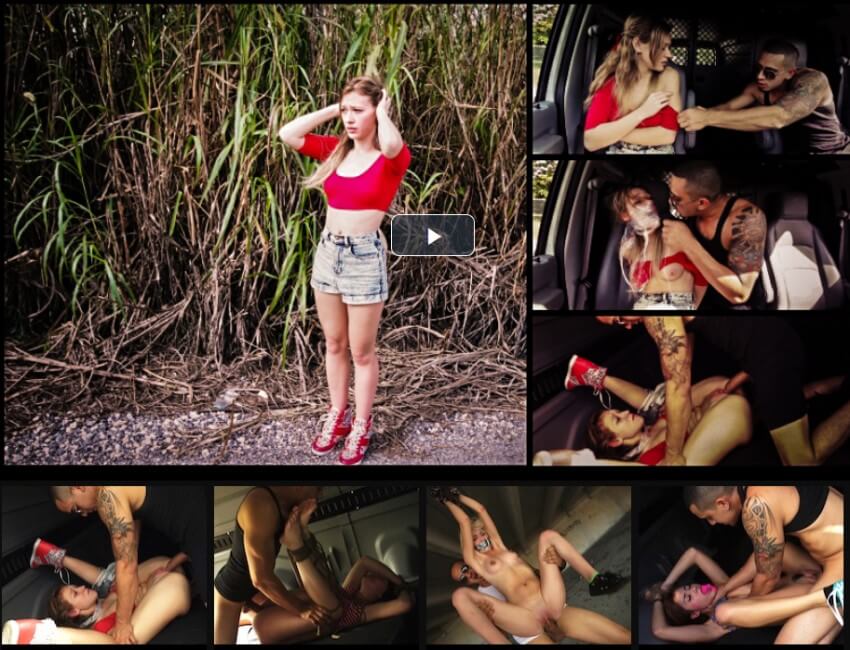 Not all the Fetish Network sites look that great, but the latest My Kinky Diary episodes offer great-quality playback.  At one point there were tons of photoshoots, but they’ve since been removed and replaced with screen captures.

The photos don’t offer anything that great in terms of quality, but they work well to help you find specific kinds of scenes.

In total, there are 3500+ videos to download or stream with no limitations.  To view the complete network site list, click on the “BONUS SITES” from the MyKinkyDiary.com home page.

My Kinky Diary and Fetish Network bonus sites are yours for the following membership prices:

My Kinky Diary is an extreme bondage site featuring what can only be described as very hard sex. There’s no love making here. But because the seductive Maxime X is featured in most scenes, the site is jam-packed with kinky passion and painful abuse.

There’s a great deal of free bonus sites in the Fetish Network, and even though you may not like all of them, it’s hard to complain about such a sheer volume of fetish and bondage sites.